At Sacred Heart Catholic Primary school we promote a sense of belonging and generosity which reflect the teachings of Jesus. We strive towards independence and mastery in an atmosphere of faith hope and love.

"The strength, the passion and joyful perseverance which is the driving force behind the lives of the Sisters of Our Lady of the Missions came from their conviction that they are united with Christ."

Matthew Gibney (Bishop of Perth from 1887-1910) had a vision to open a school on Highgate Hill. He reserved two acres of land to be set aside for a church and school both to be dedicated to the Sacred Heart of Jesus. He believed it was important for people to be educated in their faith and that Catholic schools were the appropriate place for this to happen.

Timothy Quinlan, MLA and a Catholic layman, suggested that the school could be run by the Sisters from the Order of Our Lady of the Missions. Subsequently, discussions were held with the Superior General, Mother Mary of the Holy Rosary, who visited Perth on her way home to New Zealand from France. It was decided that the Sisters would open a school.

The Sisters were strong women who were ahead of their time. They had a strong passion for missionary work which emanated from their founder, Euphrasie Barbier. "The strength, the passion and joyful perseverance which is the driving force behind the lives of the Sisters of Our Lady of the Missions came from their conviction that they are united with Christ. They know that they are not alone. They are united with him in a bond of love." (United for Mission, Anne Fry, 1997) 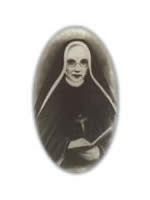 Five Sisters from small rural communities in New Zealand; Sister Mary St. Irene, Sister Mary St. Eudoxie, Sister Mary St. Gregory, Sister MaryvSt. Martina and Mother Mary St. Genevieve arrived at Highgate on Tuesday, 12th October 1897. The school opened on 25th October 1897 with thirty eight students. By the end of the first week twenty four more students enrolled and a piano had been purchased, beginning a long tradition of music education at Sacred Heart. The Sisters were confronted by harsh conditions, driving heat, flies, mosquitoes, and minimal resources. However, they were sustained by their belief in God and their call to mission. The school offered both Primary and High School places and operated in a timber and iron church building before moving to a convent school building in 1899. From 1914 to 1980 the school operated in the purpose built parish building. The High School moved to Sorrento in 1980. 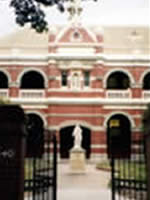 In 1996 the school was faced with the real possibility of closure. Through a concerted effort by the school community of the time the school remained open. Major renovations were carried out in the early 2000's to bring the school facilities to what we now enjoy. The convent and school buildings are listed on the State Register of Heritage Places.

Since its inception, more than two hundred Sisters have been a part of the Sacred Heart community, and today their legacy is carried forward by a dedicated lay staff. With a lay principal and staff, the school continues to keep close to the original spirit and ministry of service that the founding Sisters established.